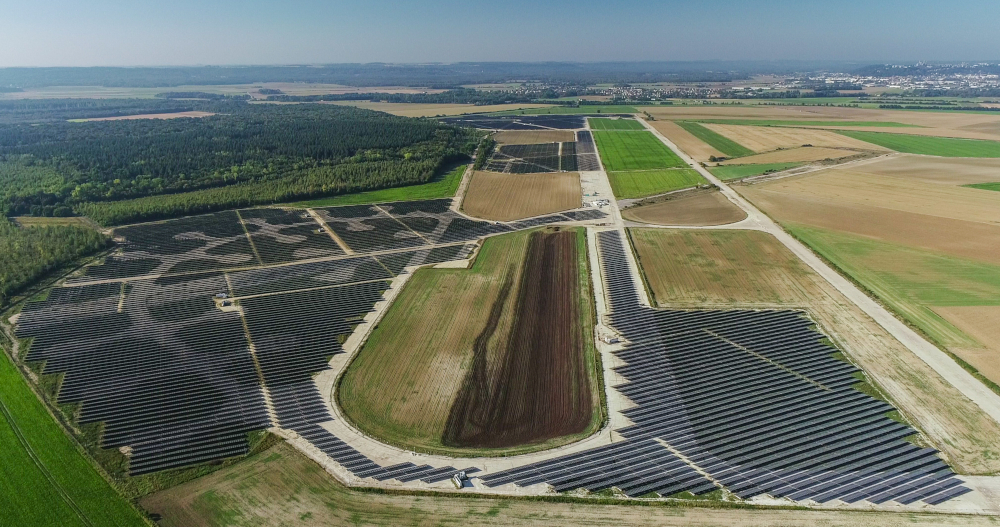 The five plants composing the Athies-Samoussy complex are now fully operational: this is the largest solar farm in the Hauts-de-France region and one of the ten largest in France. The solar plant will produce 93 GWh per year, which is equivalent to the domestic consumption of 40,000 households. This power plant will help to boost the renewable power generation capacity of Eni in accordance with its growth strategy in the renewables sector and contribute towards its total decarbonisation target of products and processes by 2050.

The solar park covers 100 hectares of the former Laon-Athies NATO Air Base, which abandoned and has now been converted into a sustainability-focused site.

The project has also promoted direct and indirect job creation locally, with a peak of 250 people working on the construction site this year. This project has a strong focus on local development and participation as Dhamma Energy collaborated closely with several local and regional organizations, including farmers’ organizations, for the project. Moreover, in 2020 the project obtained € 2.6 million through local crowdfunding and public investment.

Dhamma Energy was acquired in October 2021 by Eni gas e luce, a fully owned subsidiary of Eni, and is headquartered in Madrid. Dhamma Energy currently holds 120 MWp of solar plants in operation in France and a solar pipeline under development of almost 3 GWp in France and Spain. Eni gas e luce has been active in the retail electricity market since 2012 through Eni Gas & Power France, with 1.3 million customers.